At K&M we are firm believers in the virtues of “quiet professionalism”. We vow not to fall into the hyped emotional sales pitches that infect so much of our community. Instead we want to let professionalism, deeds and word of mouth persist as the K&M Precision Rifle Training calling card. No over sensationalized talk, slogans or attitudes. No resume padding or singing your own praises. Just complete, up to date, world class, no nonsense training that is second to none.

K&M Shooting Complex was designed to be the preeminent long range and firearm training facility in the nation. A comprehensive plan was shaped from decades of experience in the community and a broad comprehension of the best ranges, military facilities and shooting complexes across the country. K&M Shooting Complex was drawn from the ground up, designed and built for the exclusive purpose of facilitating our training. Our students benefit from a wide ranging and complete curriculum where the training program dictates the facilities, not the other way around.

We utilize combat proven and competitively accomplished cadre. The diversification of our instructors provides a broad perspective and the best talent available from Special Operations, Law Enforcement, Military Sniper Instructors and the highest ranked Civilian Competitors. This unique blend of expertise and experience, combined with a dedicated and purpose built facility, is simply unrivaled. It allows us to offer the most efficient and professional training available.

K&M instructs more precision rifle shooters than any other non-government entity in the nation.  Our instructors practice what we teach, compete as often as possible and are ranked higher nationally than any other training agency.  Three of K&M’s instructors have won one or more national level PRS competitions this year and are ranked in the top 5 in the nation.  Many of K&M’s instructors have served on active duty, operating at the tactical level while employing and developing the latest TTPs and best practices.  These efforts and experiences are incorporated back into our training programs, allowing us to provide the most relevant training possible.

We are continually expanding and increasing our course offerings to meet the demand.  We invite others to judge the facility and our training with confidence. In the meantime, we will continue to train hard and do it in a manner that represents the community responsibly. We encourage you to do plenty of research and consider us for your training needs. We are confident you will not be disappointed.  K&M is simply unrivaled in every way. 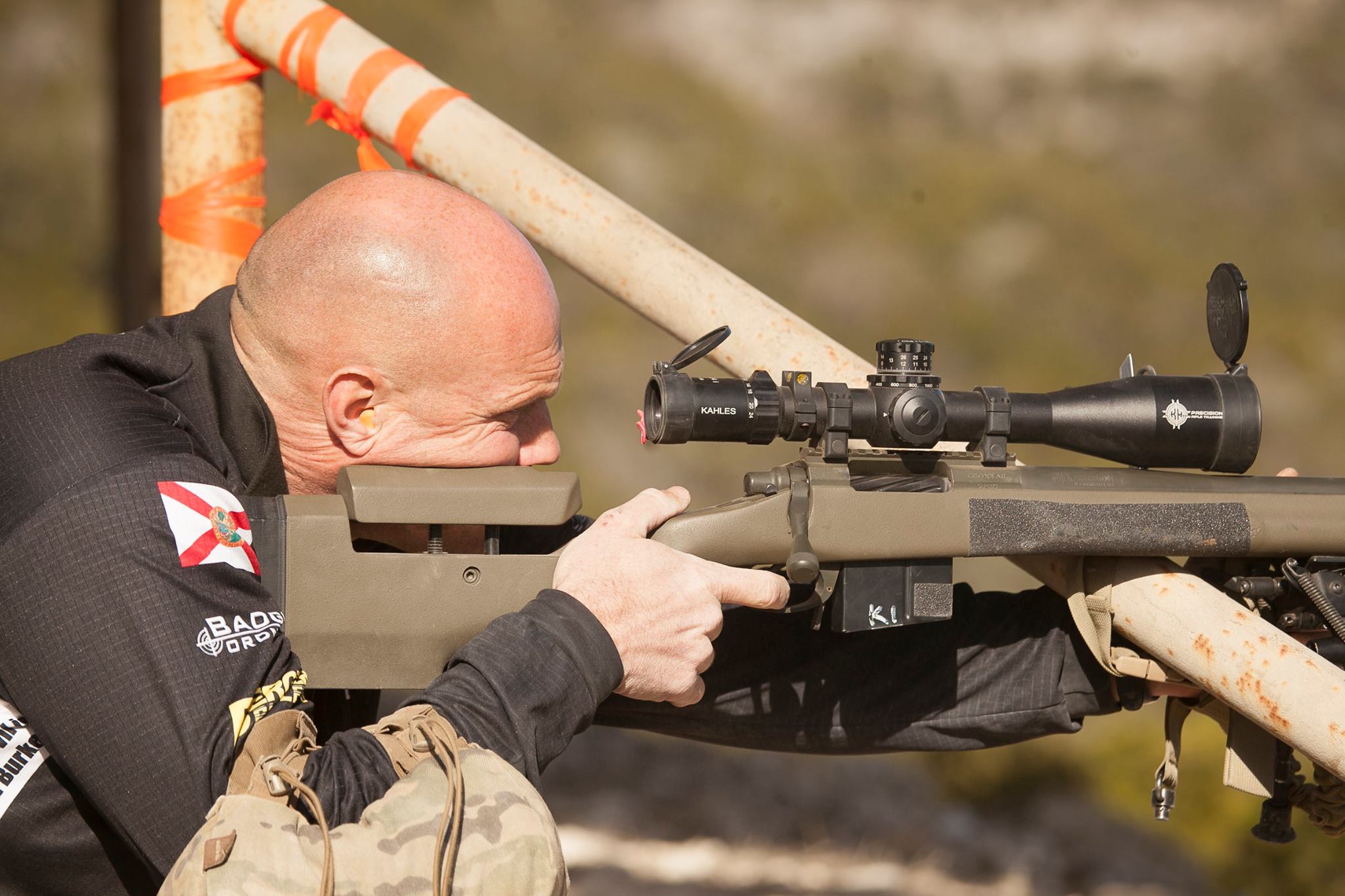 Throughout his career Shannon has expertly trained hundreds of students while instructing at the US Army Sniper School and has traveled the country conducting mobile training courses for snipers, designated marksman and close quarters marksmanship. Shannon assisted with revising the US Army FM 23-10 (Sniper Training) to what is now FM 3-22.10 (Sniper Training and Operations). He was also involved in the development of the provisional US Army Sniper Advanced Course MTT and the Sniper Employment Course. Shannon participated in the initial testing and fielding of the M110 SASS. Subsequently he facilitated the addition of the M110 curriculum into the US Army Sniper Course.

In 2005 Shannon expanded his training and started instructing local law enforcement and civilians privately using their own facilities and by word of mouth. In 2011 he opened K&M Precision Rifle Training and was the chief designer of the now Altus Shooting Center. In 2015 Shannon designed, built and relocated his operations to his expanded flagship facility, the K&M Shooting Complex in Finger, Tennessee.

Throughout the years Shannon has worked in research and development with the industries top manufacturers. He has designed reticles for US Optics and Kahles Optics. He has also assisted in numerous other projects across the entire spectrum of the precision rifle discipline, to include RD for development of the Trigger Tech Diamond Triggers, range design(s), consulting, etc.

Shannon is an avid competitive shooter when his training schedule allows time. He has had numerous 1st place finishes in the nation’s major PRS precision rifle matches and has led the PRS professional and regional season points standings. Shannon is unable to compete in PRS finales due to his commitments as the PRS Director.

Shannon served on the Precision Rifle Series Committee promoting and assisting with the growth and development of the precision rifle discipline through local and national level competitions from 2012-15. In 2016, he founded the Southeastern Precision Rifle Club Association to continue to increase opportunities for the long-range shooting community. Before it’s sell in 2017, Shannon assumed the Precision Rifle Series Director role and launched the PRS Clubs Series; a national precision rifle club based competition series. In 2019 he became the director of the PRS and tripled its growth in just two years. 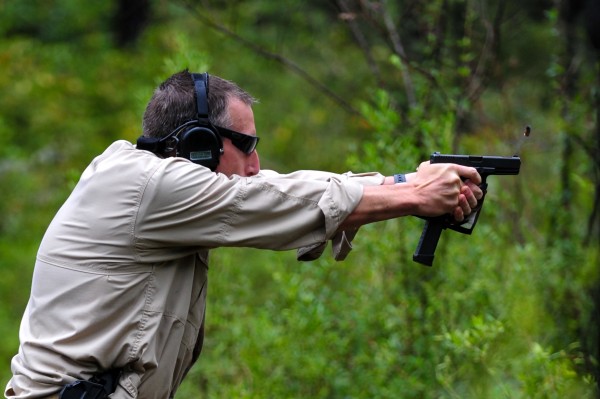 LTC Kurt Smith has been serving on active duty in the U.S. Army for the past 26 years. His enlisted assignments include: United Nations Command Joint Security Force – Joint Security Area (Korea); 1-10 Infantry (Fort Carson); 3/75 Ranger Regiment and Regimental Reconnaissance Detachment (Fort Benning); 1st Special Forces Operational Detachment-Delta (Fort Bragg). During these assignments, LTC Smith participated in Operation Just Cause (Panama) and Operation Gothic Serpent (Somalia). LTC Smith attended Officer Candidate School in 1996 and continued to serve in both conventional and Special Operation units. Upon completion of the Infantry Captain Career Course, LTC Smith was assigned to 1/75 Ranger Regiment (Hunter Army Airfield) where he served as the S3 Air Officer, Assistant S3, and Rifle Company Commander. He then commanded the Regimental Reconnaissance Company, RSTB/75th Ranger Regiment. During these assignments he conducted seven combat and operational deployments to Iraq, Afghanistan, and the Horn of Africa.

Kurt has lead, taught and trained with the nation’s most elite units across the entirety of small arms disciplines. He is an ardent competitive shooter and has had frequent top finishes in championship level long range precision matches. Kurt is currently shooting for Team K&M Precision Rifle Training is additionally sponsored by GA Precision, Bartlein Barrels, Manners Stocks, and Precision Tactical Arms Company. He currently assists K&M when time allows and provides incomparable knowledge and experience to the K&M training team.

Mike is a U.S. Navy veteran who served as a CSAR (combat search-and-rescue) Rescue Swimmer and Naval Aircrewman for 10 years. During Mike’s tenure in the Navy, Mike served with UN forces with IFOR during Operation Joint Endeavor, including a supporting role in the Mrkonjić Grad incident. Mike was deployed to various duty stations in Europe and both Central and South America where he operated in CSAR missions and training as part of COMSOLANT.

Mike has been participating in competitive shooting from a very young age, however long range precision shooting has been Mike’s primary shooting passion for well over a decade. He has numerous podium and Top-10 finishes throughout his long tenure. He is a seasoned competitive shooter and is consistently in the running in championship level long range precision matches. He is currently shooting for Team K&M Precision Rifle Training and is additionally sponsored by Kahles & Swarovski Optics, GA Precision, Bartlein Barrels, Manners Stocks and Armageddon Gear. Mike takes a very active role with new shooters and enjoys serving as an ambassador to the sport, always encouraging those willing to learn and have fun.

Marks’s love of shooting and the outdoors began when he was very young as he spent a great deal of time hunting with his family.  At the age of twenty Mark joined the U.S. Army where he honorably served his country in multiple deployments in support of the Global War on Terror.

Mark now owns a successful landscaping company in West Tennessee. He was introduced to the sport of long-range shooting in 2018 and immediately began training here at K&M.  He quickly became part of the K&M family and rapidly developed into one of the top competitive shooters within the Precision Rifle Series. He has earned an extraordinary number of podium finishes in a short period of time due to his dedication and passion for the sport. Mark was named the 2020 PRS Tactical Division Champion as well as the 2020 PRS Southeast Region Tactical Division Champion.

Jarrod White is a cabinetmaker by trade and has an extreme passion for passing on knowledge and love of the outdoors. Whether he is laying behind a precision rifle or tending the oars of a drift boat in search of the catch of a lifetime, he always gives 100%. When he is not on a river somewhere with a flyrod in his hand or shooting a precision rifle match, you will likely find him somewhere sharing his knowledge about one or the other!

He has been competing in PRS matches since 2014 and has had a great level of success with several podium finishes in the Southeast and was nominated in 2019 for “Sportsman of the Year” by his peers.

Kenneth (Kenny) Crisp grew up in a small town called Marvell, Arkansas, he hunted as a young child with his father and grandfather. Kenny left Marvell in 1986 to serve his country in the United States Navy. He was honorably discharged in 1990 and moved to Jonesboro Arkansas and started lawn spraying business. He was introduced to Precision Rifle Shooting by a friend and fell in love with the sport and has been an avid participant ever since. Kenny and his son Cody attended the Basic and Advanced Long Precision Rifle Course along with the Competition Prep course offered by K& M Precision Rifle Training in 2016. By 2018 he had numerous top ten finishes and was a frequent collaborator with the K&M family.  He was formally welcomed to the team that he was already a part of in the fall of 2018. Kenny along with Bradley Allen are the BBQ guru’s at the range and will feed you well.